Companies have massive data units and they are in the purpose of identifying the best path to filter the information about their customers. Companies that use Excel pivot tables to filter out the data are completely senseless. SAS is being used by many companies to enhance business intelligence.

SAS is not an open-source language that won’t allow data scientists to include new ideas. These can be achieved in the R language. R language can be considered as an advanced stage of data science but, due to lack of awareness R was avoided for implementation.

Companies are far from the reach of R. At the initial period R was widely used by the academic students rather than companies with the help of evangelists, R was introduced as an open source language in the industry.

R programming language provides free library files. Revolution analytics made service packages limited and they also design algorithms and user interfaces using C++. R being an open source, companies develop libraries and make the user have access to the libraries. In case a user cannot be able to access the library files, revolution analytics will take the initiative and resolve the issue.

Dealing with the data

Companies have massive data of their customers and they maintain the company’s marginal growth. The ScaleR package is so helpful to analyse and measure the data using parallel processors. Handling the massive data will evaporate the storage space. ScaleR package adopts the data differently to process the segments of the data among various servers at a single point of time.

Parallel process is a powerful feature used to segment the massive datasets of the customers present around the nodes in the Hadoop. Revolution analytics packages are more advanced in statistical analyses and it is used to analyse the data.

Commercial R packages are more effective than SAS. Using these packages massive data can be executed within 10 minutes of estimated time. SAS users just slowly turned their face towards R that is because of accuracy and efficiency.

Facebook has a data science team; they visualize the data using R that provides an effective overview of the data. The visual data representation starts with news feed numbers and end-up with Facebook friends of an individual user.

Basically, R is known for its accuracy. New data sets are measured accurately using R in Facebook. This process doesn’t require coding or custom tools to analyse the data. They just figure out through cleaning and exploring the data.

Facebook data scientist is more handy with packages like ggplot2, dplyr, plyr, and reshape allow the team to search for new data using custom visualizations. A ggplot2 package is used to create dot plots and scatter plots. Their data scientists use R to visualize the data efficiently compared to SAS.

Big data revolution and analytics are two platforms that are totally based on the data. Now companies have re-defined their job specifications. They are mainly focused on analytics. Importance and advantages of R language are clearly defined in the research community.

The Cutting Edge of Research

R is a powerful tool that can do everything in the research community. Advanced data analytics will drive the company to go ahead in the competition. If a new predictive model is developed then it will be publishing the journal and code of R to have public access. 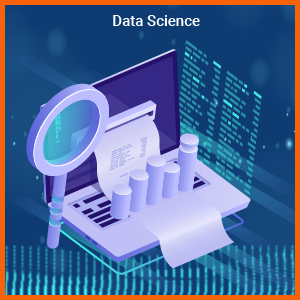