In the U.S, all instances, the quality and success of political campaigns are linked to the intelligence and efficacy of its management. All the individuals such as campaign manager, communications directors, phone-bank managers, poll analysts, aides, and others come together to implement the strategy that will cause their candidate’s election. However, almost everything, direction taken, decisions made or talking about focused points will be under the supervision of a leading managerial figure.

Karl Rove, Patrick Caddell, Conway, James Carville, David Plouffe, John Mitchell are well-known campaign managers and those names are sometimes referred to as abbreviations for the kinds of approaches they took to campaign in American politics. Many of them become and remain famous as the candidates they helped succeed in elections. All of them made a mark in one way or the other.

What techniques they used to operate which made them legendary figures on the American political stage? These people have absorbed the practical knowledge, but now we have curriculum standards within many graduate-level political science, public administration, and public policy degree programs. Students pursuing a Master of Public Administration can enter into jobs in politics and work their way up to campaign management, but the path won’t be easy. These individuals need to learn core tenets of political campaigns before their graduate studies.

For a political campaign, we need people who possess management experience or natural leadership skills with a broad vision. However, some issues arise due to stemming from an inadequate understanding of the current scenario but not due to lack of managerial acumen.

Kellen Guida, a political analyst explains to Forbes that the U.S. presidential campaign is a 24/7 dogfight to lead the world’s richest, most influential country. Not all campaigns take place as broad and as visible in scale but takeaway from Guida’s phrase should be the gravity of the situation. This is true for the 2016 election or mayoral election in a major city.

Whether it, the size of a mayoral campaign for a medium-sized American metropolis or larger is not less than managing a company –every decision can be a favor or a warning.

Taking into account the power of major modern corporations, none of them have the same effect as those who create or carry out law and policy. Thus, those who are serious about managing political operations, it is mandatory to always keep all these in mind. When making all decisions which means take the time to arrive at the right alternative by receiving feedback from the candidate and his or her closest advisers.

The Supreme Court declared that political spending constitutes protected speech-allowing corporations to spend unlimited as long as they are not supporting a single candidate and campaign process is monitored by many laws and regulations. Campaign managers should know everything about the candidate if not hire legal and clerical staff to handle such responsibility. These include from timing standards applied to TV ads to meeting statewide requirements for candidates to make ballots.

According to American political consulting firm, candidates should enter politics based on belief in themselves and their support from communities, not for selfishness. Campaign managers or other people aim to maintain the standards but not fill the role. Managers should genuinely question themselves and justify why they believe in a particular candidate. By doing this it will be beneficial for media relations, and also political operatives frequently interviewed to know the dedication to a candidate or issue.

Not only effective managers are proactive and realistic to know what will work and what does not in a campaign strategy, but they need to know where they have lost. Campaign Workshop a political consulting firm noted that running a campaign without a chance to win is foolishness and lacking awareness of being defeated.

Reaching, affecting and turning out voters

President of VoteRunLead Shannon Garrett states that outreach and voter contact is the backbone of every campaign. This involves doing research on understanding prominent demographics, knowing the turnout of past elections, using multiple channels to vote, reaching the most likely voters and convincing them to vote. Young professionals and college students are mostly receptive to social media and email communications whereas middle-aged and elderly respond to get-out-the-vote phone calls and direct mailings.

Campaign managers must highlight the best qualities and messages of the candidate for each demographic and in each medium. There should be consistency based on the candidate’s character.  People who do not vote understand that politics involves compromise, but remind that not participating is unwise. Finally on the day of elections staff will see the true measure of their get-out-the-vote strategy and eagerly wait for the results.

Above discussed principles are the portion of skills that politically the students/graduates need in the political world if they want to manage campaigns. 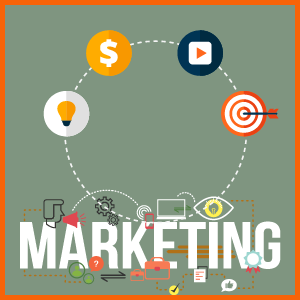